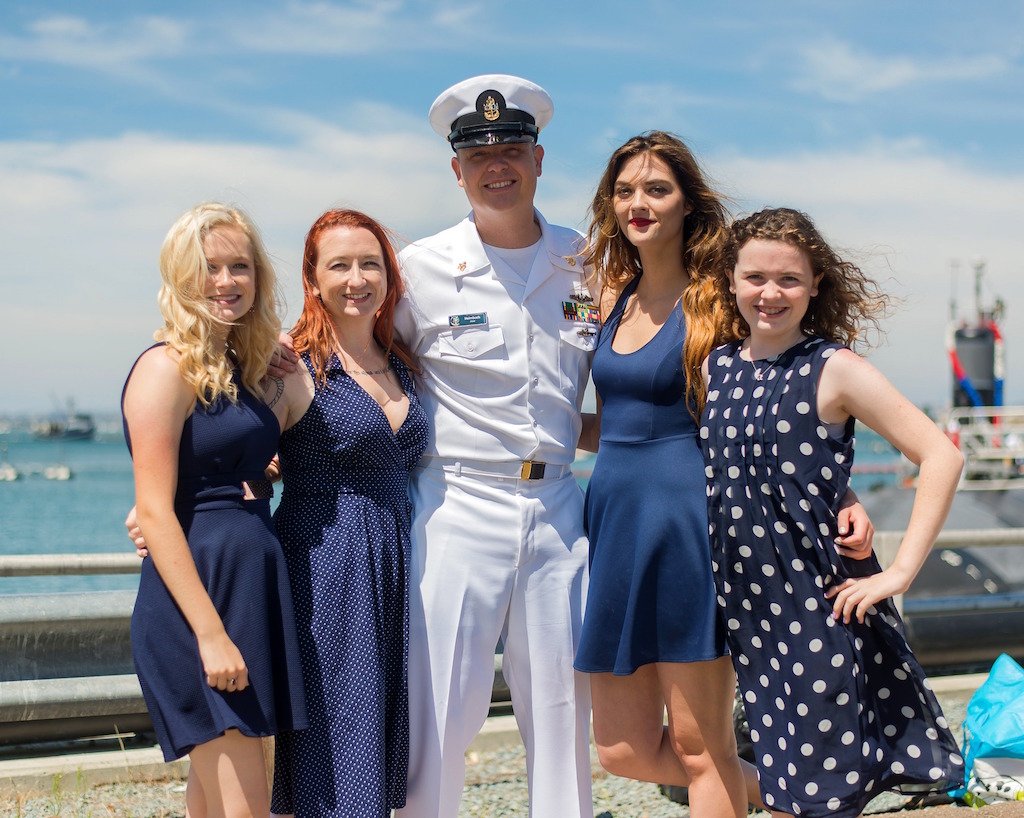 CAPT Martin Lloyd Sanders, a brave captain that works hard to protect his countrymen and Director of the Environmental Health Services Division for Occupational Health, recently discussed the problems that are faced by military families around the country. He was quoted as saying that any military family is similar to a civilian one as members fret about retirement benefits and payment, often needing dual income in order to afford what they need. Worrying about child education and healthcare and suffering from marital problems are also common difficulties but there are other unique challenges that only appear in military families.

Statistics show that 68% of all officers and close to 50% of the enlisted personnel is married, which is much more than what was the case before the advent of all-volunteer military force in the US. However, the US military is faced with major changes, including increased overseas deployments and downsizing. This makes military personnel struggle, together with their families.

Martin Lloyd Sanders mentioned the worrying results of the survey named “Blue Star Families Military Family Lifestyle”. In it, there are numerous mentions about challenges and experiences that are experienced by the military families. This year there were over 6,200 families surveyed, including veterans and active duty members.

One of the major findings of the survey is that there are widespread nervousness and uncertainty about retirement benefits, job security, employment prospects and financial security for both military service members and spouses. Unfortunately, Martin Lloyd Sanders says there is really good reason for the noticed concern.

According to plans highlighted by the US Army, around 60,000 civilian workers and soldiers are going to be shed from ranks over the following couple of years. Marines and different other military services also have to downsize. At the same time, lawmakers in the Senate work on replacing the current retirement system with a brand new deal that gives access to retirement benefits coming from investment plans similar to 401k. Even so, workers will receive less than when under defined benefit programs.

The biggest family and work-related stress for military personnel are made out of deployment overseas and up-tempo training. The listed report highlights that 60% of the military spouses together with 50% of the active duty members identified deployment as being the biggest stressor.

In addition, over 50% of the survey respondents declared that they were deployed over 3 times since the September 11 attack, as 37% did report serving a period of over 2 years since the terrorist attacks.

CAPT Martin Lloyd Sanders said that deployments and separations are very difficult for children as they feel loses that cannot be imagined by civilian families. Parents are not away on business trips. Most children are aware of the safety risks involved in being deployed overseas in a hot zone. Even the reality of children having to discuss current events would have a heavy impact on development.

On the whole, it is really important to understand that military families are faced with big problems that are not properly assessed.